Why People Disappear At The Chinhoyi Caves? 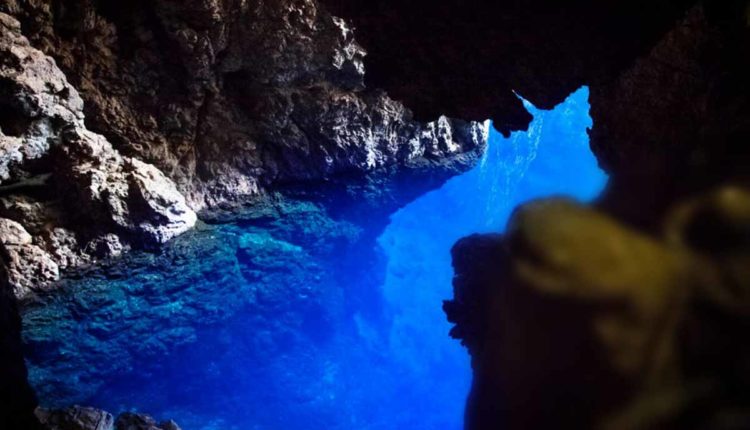 If you are blessed enough to ever visit the land of Zimbabwe in your lifetime, Chinhoyi should be one of your travel destinations. Surrounded by a national park, The Chinhoyi Caves are a National Monument in Zimbabwe.

Just as with most good sites to visit in Zimbabwe and Africa at large, mysteries lie behind them. In Zimbabwe alone, there are a couple of mountains that when you visit them and you do funny things you may never return to the land of the living, so the legends have it. In this article, we are looking at why people disappear at The Chinhoyi Caves.

The caves consist of tunnels and caverns which are sadly collapsing but not to fear though because the rate at which they are collapsing is so slow that if you can read this in 2020 you might leave them intact as you pass on to the next life. It is thanks to this collapsing that what is now known as the wonder hole came to be, the wonder hole is a cavern that drops vertically to the Silent Pool of natural blue water which maintains the same temperature of about 20 degrees Celsius all day.

As if it’s not mysterious enough that the water is blue, no one is believed to be able to successfully throw a stone across the pool.

History Of The Caves

It is said that a long time ago before the British came, there were a group of outlaws called Nyamakwere. These guys would use the caves as their stronghold and murder people by throwing them into water. This pool of water came to be known as Chirorodziva which is a Shona term for “The Pool Of The Fallen”. For every Yin there is a Yang, a headman with the name of Chinhoyi came and defeated the outlaws and he became a Chief for the Mashona.

Under his leadership, they would use the caves as a refuge for his people as they raid other tribes. It is after this man that a nearby town called Chinhoyi was named. You remember the Yin Yang, it is said that another tribe found Chinhoyi’s people and threw them into the waters nearby thereby defeating them.

Why people disappear in the caves?

Just with any ancient mysterious place in the world, some locals either believe that the place is haunted or is of the gods. The same goes for our marvellous caves.

It is said that people who would not follow normal procedures as they go into the caves would not return forever (with an echo effect ever ever ever). Some of these procedures are not to panic as you see or come across strange/weird things in the cave. If you see something funny, hold it, yea can you imagine holding it till you are out of the caves and then only then are you to laugh. It’s like going to a stand-up comedy show and told not to laugh whilst you are in there or you will be shot.

Above we mentioned that one cannot successfully throw a stone across the Silent Pool, this is said because there are spirits in the waters who would catch those stones you throw and bring bad luck upon whosoever throws a stone (these spirits got issues if you ask us). It might be this bad luck that you won’t ever be seen again by your loved ones. Deep down in the blue waters, mermaids are believed to be living there. These mermaids are also believed to be the ones who take people for different reasons (probably as meals).

The majority of Zimbabweans are Christians but some still believe in ancestors. These guys say that mermaids take people so that when they are lucky enough to be brought back would become great witch doctors. There are cases of white people disappearing at/in the caves, we are not sure if they would make great Sangomas but then again, who are we to judge mermaids.

Is it good to listen to music while you study?

Reasons Why You Should Visit Victoria Falls?